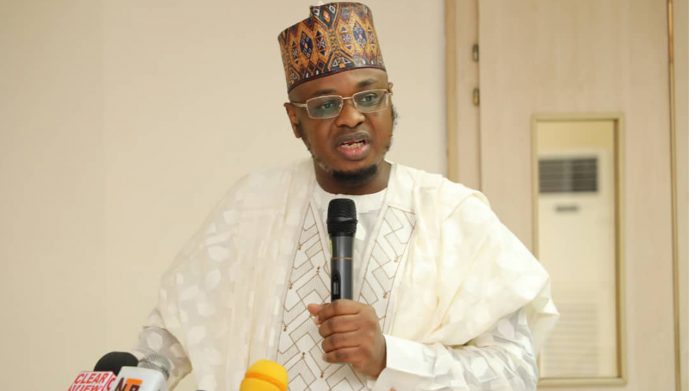 Nigeria’s Minister of Communication and Digital Economy Dr Isa Ibrahim Pantami has said that the country is taking steps to fully embrace Open Data Initiative in order to compete and attract global recognition in the world of Information Communication Technology.

Dr Pantami, who was represented by Mrs Nonye Nwachukwu, Director of Planning Research and Statistics of the Ministry, made this known at the South-South zone of the Nigerian Open Data Conference held in Uyo, Akwa Ibom State.

He stated that for Nigeria to play a key role in the ongoing data revolution, there was a need to embrace Open Data Initiative and improve data literacy of its citizenry, especially now that data is the single most important element of innovation in the 21st century.

Speaking on the Open Data Initiative, the Minister said this involves the putting on the internet non-sensitive government information such as agricultural prices, vehicle registration, data online as a national resource in machine-readable, reusable and accessible formats for economic growth and the advancement of transparency and accountability in the delivery of services.

He disclosed that the Federal Ministry of Communications and Digital Economy had since begun the process of implementing the Open Data Initiative since 2012, in line with the prescripts of the extant National ICT policy, with considerable progress recorded.

To implement the Open Data Nigeria Initiative, Pantami noted that Ministries, Departments and Agencies (MDAs) have an important role to play, including development and operation of MDAs Open Data web pages to interface with central data.gov.ng portal and continuous digitization and uploading of high priority data sets in accordance with format that will be agreed by the conference.

The Minister noted that the world was in an era where data is driving innovation and is important for Nigeria to key into the trend to become relevant in the global community.

‘‘Data in the 21st century is the single most important driver of innovation, competitiveness, and growth. Therefore, for Nigeria to become an integral part of the data revolution there is the need to embrace Open Data Initiative and improve the data literacy of its citizenry, Data is only valuable when it is being used to solve a problem or create opportunities for people,” he said.