Home News Huawei to invest $6 million in South African SMEs in the next... 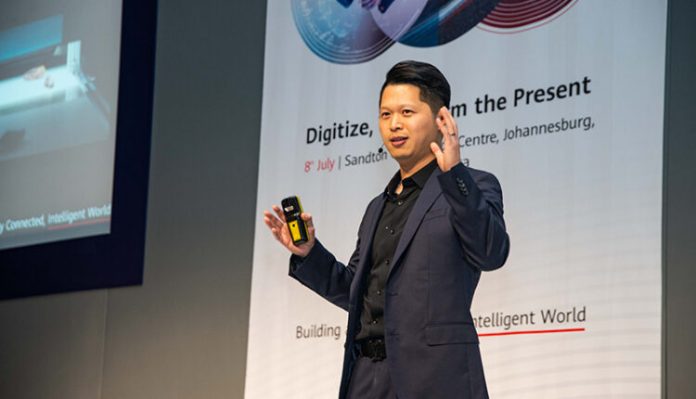 Huawei South Africa has announced its $5.8 million (R100-million) Cloud Spark programme which will support more than 1,000 small and medium-sized enterprises (SMEs) over the next 3 years.

The announcement was part of Huawei Cloud’s “Everything as a Service” approach, which is being adopted locally and globally.

This, according to him, is crucial to meeting the future head on.

While investment in traditional IT infrastructure has fallen, investment in cloud computing has grown 32% in South Africa. It’s that growth that has helped Huawei keep growing its availability zones (AZs) in South Africa, the company says. Having opened its first one in 2019, its third AZ will halve cloud latency to 20ms.

Huawei says it also recognises that it’s critical that it’s not just corporates that benefit from Huawei Cloud’s “Everything as a Service” vision but SMEs too. This is part of the reason it’s launched its Cloud Spark initiative.

Cloud Spark is a hybrid accelerator programme for tech startups and SMEs. The company plans to partner with Silicon Cape, a non-profit and community-driven initiative that supports and catalyses the creation of a sustainable tech and entrepreneurial ecosystem in South Africa for the implementation of the programme.

Huawei’s partnership with the Silicon Cape organisation will provide financial, technical, training support, and go-to-market support for all programme participants.

“What struck me about Huawei is that they are really invested in the business,” said Willem Groenewald, CEO of the Automobile Association of South Africa (AA), which used Huawei Cloud to transform from a legacy organisation into a digitally capable organisation effectively able to improve road safety for South African drivers, passengers, and pedestrians.

Altron SI CSO Ross Matthee, meanwhile pointed out that, as well as using Huawei Cloud for customer deployments, it has moved its own internal systems to Huawei Cloud.

“Our partnership with Huawei is a 10-year relationship,” he said. ”The last year and a bit has been on an accelerated track with Huawei Cloud.”

U-Learning, meanwhile, is an online education provider which has been in business since 2006, with more than 10 million users in academic, corporate, and education verticals around the world. Its vision is to bring smart education to every classroom.

“We deploy all of our platforms in Asia, Latin America, and Africa using Huawei Cloud,” said U Learning GM Christina Ng.

In the long term, Huawei Cloud hopes to keep fostering these kinds of success stories.

“We are going to build a smart ecosystem in South Africa for South Africa,” Zhou concluded.