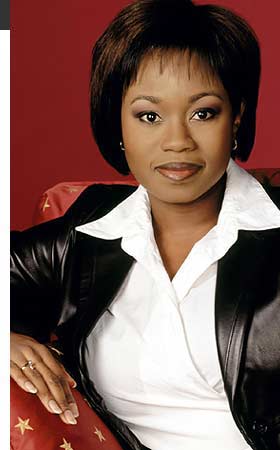 Many of us got to know of Tumi Makgabo via global news network, CNN International. Hitherto, she had been a popular current affairs anchor with South African Broadcasting Corporation (SABC 3) and was born in South Africa.

Since joining CNN in July 2000, Tumi has covered numerous world events and issues including the fall of Liberia’s former President, Charles Taylor; the change of leadership in the former Soviet republic of Georgia; the War in Iraq; the 2004 elections in South Africa; the U.S. Presidential elections in 2000; the World Conference against Racism in 2001; and the September 11 terrorist attacks.

A statement from CNN said although she would still be working with the news corporation from time to time, Makgabo would primarily work as an independent journalist and producer on a number of different projects.

In a statement explaining her departure, Makgabo said although the decision was not an easy one, she and her family felt it was important for them “to come back home and contribute to the country that has given them so much”.

“We felt the time was right for us. I have learnt so much in the (five) years that I have been with CNN, and I am looking forward to sharing that (experience) back home,” she said.

Tumi Makgabo has been employed by Danny Jordaan and the 2010 Local Organising Committee to head up the communications division for the World Cup that takes place in South Africa in 2010.

Makgabo has a rolling contract that will be reviewed at the end of this year.