Soòlé is one movie I would rate very highly for several reasons. Read on to find out why.

The only teaser I watched on Facebook that convinced me to see this thrilling movie at the cinema painted the picture of a goofy comedy to me. That alone was enough reason. I wasn’t expecting much. I only planned to laugh

While the movie certainly did not disappoint on the comedy front, there was much more to it.

The movie Soole turned out to be not just another comedy, but a serious action thriller with multiple unexpected twists and turns in the tale. From a rather unassuming slow comedy start, it leaves the viewers gasping for breath by halfway into the movie with the breathtaking action.

The making of the movie itself is a good work of art. The camera work is very good for a movie where a significant portion of the story is told in a moving bus. The drone footage while infrequent, tell the story meaningfully.

In addition to the good camera angles, the audio experience is very sound with good background audio effects complimenting the action properly.

When a group of people from different walks in life meet in a bus on their way home for Christmas, they find themselves entangled in a cat-and-mouse game with criminals.

There are more than a few familiar faces on this one. 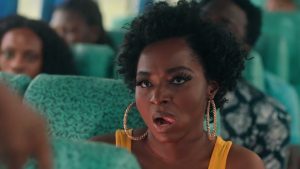