There has been a huge reaction following the 25th December 2009 US terror attempt by one 23 year old Umar Farouk AbdulMutallab. The suspect is accused of trying to blow up a Northwest Airlines plane going from Amsterdam (Netherlands) to Detroit, Michigan (USA) with explosives that had been concealed in his underwear. He has since been charged with attempting to destroy an aircraft.

The world was caught unaware by this terror attempt that was nearly successful. In a preliminary report on Wednesday, the Dutch government said the plan to blow up the Detroit-bound aircraft was professional but called its execution “amateurish.”

One thing that has certainly become crystal clear to me following this incident is the arrogance and aloofness of US security agencies.

The first reported reaction of the security agencies when the news broke was that Umar Farouk AbdulMutallab stated he got the training for the attempted terrorist attack from Yemen. The agencies reaction? They doubted he got it from Yemen and think he acted alone. From my distance, I was wondering why Umar would claim a link to Al Qaeda in Yemen if there was none. It didn’t make sense. The world has since come to realise that he indeed spent sometime in Yemen under the guise of learning Arabic language whilst he met with shady characters. 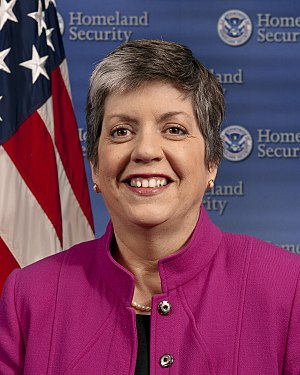 On Sunday, Homeland Security Secretary Janet Napolitano initially gave something of a thumbs up to the government’s handling of the Detroit terror scare.

“One thing I want to point out is that the system worked. Everybody played an important role here. The passengers and crew of the flight took appropriate action,” Napolitano said on CNN’s State of the Union.

What system worked? Had the suspect executed the terror plot perfectly, over 300 human lives would have been lost. When did air passengers become a part of the security system?

Following the near-attack, one has been bombarded with news items suggesting that the US security agencies knew about the plot before now. Knew (1) knew (2) knew (3). The very simple question is, why did they fail to act? Are they just attempting to do damage control after the near-attack?

CIA Knew of Bomber Before Attack

CBS News has learned the CIA had been tracking the man who tried to blow up an airplane on Christmas day.

Intelligence agents knew he was meeting with terrorists in Yemen, but they didn’t have his name. He was known only as “the Nigerian.”

The agency didn’t realize until after the Christmas day attack, “the Nigerian” is 23-year-old Umar Farouk Abdulmutallab.

Are the security agents so shameless or blinded with their arrogance that they cannot see that they have failed? Why don’t they get busy with fixing the jigsaw puzzle and plan towards taking preventive action in future rather than attempting to paint a picture of being omniscient?

To suggestions that the USA might invade Yemen with the aim of decimating AlQaeda hotspots, they might want to consider invading Britain too. After all, isn’t Londonistan in Britain?
Wikipedia: Londonistan  is a pejorative sobriquet referring to the British capital of London, and its alleged tolerance for Islamists provided they wage their terrorist campaigns outside of Britain.

What are your thoughts about the reaction of the US security agencies so far? Share your comments with the world!

Londonistan (Urdu: ???????? ;Arabic equivalent ????? ) is an a pejorative sobriquet referring to the British capital of London, and its alleged tolerance for Islamists provided they wage their terrorist campaigns outside of Britain.