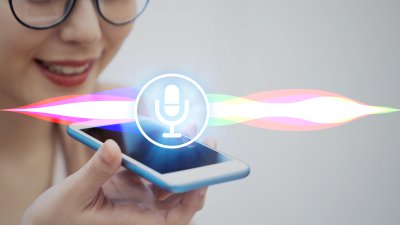 Apple is rolling out a new opt-in notice for Siri audio sample review with the beta of iOS 13.2. This new opt-in feature was promised back in August after reports that audio from Siri requests were being reviewed by contractors and that the audio could contain sensitive or personal information.

The new process will include an explicit opt-in for those users who want to have clips of commands transmitted to Apple to help improve how well Siri understands commands.

Apple had previously halted the grading process entirely while it updated the process by which it used the audio clips to “improve Siri.”

Computer-generated transcripts are continuing to be used. These are in text form with no audio. They have been disassociated from identifying information by use of a random identifier.

These text transcripts, which Apple says include a small subset of requests may be reviewed by employees or contractors.

Apple is also launching a new Delete Siri and Dictation History feature. Users can go to Settings>Siri and Search>Siri History to delete all data Apple has on their Siri requests. If Siri data is deleted within 24 hours of making a request, the audio and transcripts will not be made available to grading.

The new policies can be found at Settings>Privacy>Analytics and Improvements>About Siri in the iOS 13.2 beta.

There seems to be a solid set of updates here for Siri protections and user concerns. The continued use of text transcripts that may be reviewed by contractors is one sticky point — but the fact that they are text, anonymized and separated from any background audio may appease some critics.

The next update is expected to allow users to be able to see and hear the text and audio that Apple captures from their Siri requests. If you could see, say, your last 100 requests in text or by clip