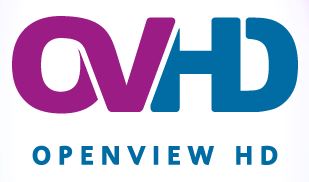 Platco Digital, a sister-company to the wildly popular etv, will begin broadcast of a free satellite TV service tomorrow 15th October 2013. The new service, essentially a bundle of free channels is known as OpenView HD.

OpenView HD will be starting with the following 16 TV channels:

Some of the channels, especially those produced by the company itself, would be broadcast in High Definition (HD) using DVB-S2 broadcasting standard with MPEG-4 compression. The service promises up to 8 days on screen programme guide (EPG), crystal clear pictures, stereo sound and assures its FREE for ever.

Anything outside South Africa?

I cannot say definitely whether OpenView HD will be easily available outside South Africa or not since broadcast has not started and thus I don’t have access to more technical details. What I can say is that OpenView HD will broadcast on SES 5 at 5.0°E. This same satellite carries South African pay TV service TopTV as well as several free-to-air satellite TV/radio channels. The current TV channels on SES 5 at 5.0°E can be accessed from the most of sub-Saharan Africa: from Mauritius to Senegal, from South Africa to Kenya. Yes, the footprint is that large.

Free TV Channels you can stream live on YouTube

.africa domains on promo till the end of Feb 2020

Airbus A380 flights to African destinations