A Pan-African digital agency, eNitiate Integrated Solutions, recently launched a social media campaign #AfricanLanguagesDay. The idea behind the campaign is to see some of the biggest languages from the African continent being included in language lists of the popular social networks.

#AfricanLanguagesDay is aimed at encouraging an estimated 300 million Africans on social media to “speak” in their indigenous languages more frequently on these platforms.

The campaign had begun in February as a build-up 25th of May, which is Africa Day. The day will be targeted for lending more exposure to African native languages, driven by Africans on the continent and in the diaspora.

Since it started, the campaign has been greeted by interesting conversations and contents across social media platforms, especially on Twitter. A Twitter user, @pierredegalbert, said “The #AfricanLanguagesDay campaign was successful in getting @twitter to index its first African Language. Some progress, but we still see (Translate from Indonesian) for Luganda.”

The #AfricanLanguagesDay campaign was successful in getting @twitter to index its first African Language. Some progress, but we still see "Translate from Indonesian" for Luganda https://t.co/r2WQkYFXFk

Another Twitter user said “Congratulations on this awesome news. Keep advocating for African Languages, don’t just end on Hausa, there are more of our languages spoken by millions of our people across motherland.” 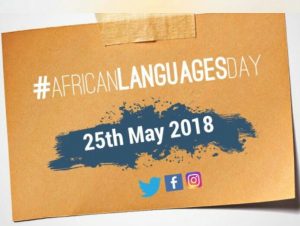 Also reacting to the development, the founder of eNitiate, Bra Willy said “The #AfricanLanguagesDay was launched two months ago to achieve recognition of the continent’s languages on social media and we are pleased that Twitter, as one of the key social networks that provide an effective platform for global impact, have taken the first step by indexing Kiswahili.”

Our 2018 target: to get @Twitter to index top 10 native African languages, and these cover the length & breadth of the continent. The role that you & all the other 300 mil Africans on SM MUST play is tweet in your native language on May 25 in support of #AfricanLanguagesDay, the official handle for the campaign tweeted.

As a result of the campaign, Twitter has now indexed Kiswahili, the largest native African language with over 100 million speakers overall. This is the first language of African origin that is now recognised on this microblog. While translations of Kiswahili are not 100%, it is indeed a good start.